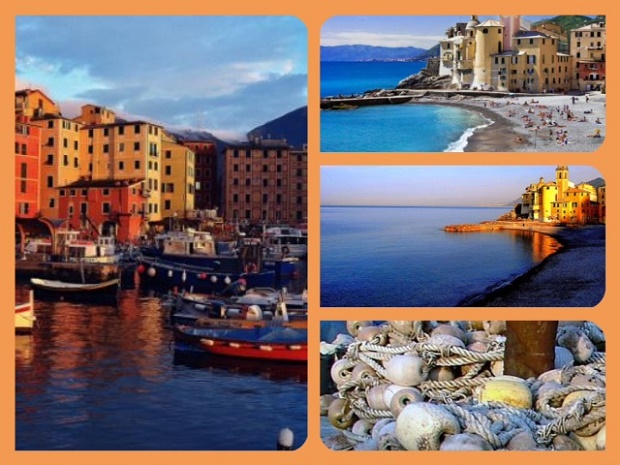 Camogli faces the Golfo Paradiso on the most western part of the cape of Portofino in the eastern Riviera Ligure. It has always been a fishing town and part of the Regional Nature Park of Portofino. The village centre is made up of the typical colourful houses of Liguria.

The Marine Cicic Museum of Camogli was founded by Gio Bono Ferrari in 1937 and the entire marine collection was later donated to the municipality of Camogli in 1938.

The following link has detailed information on the numerous monuments and churches to visit:
http://www.comune.camogli.ge.it/mm/mm_p_elenco.php.

The Nature Park of Portofino is the perfect place to go for walks and be in contact with nature with its diverse vegetation and various animal species.

Visit the following site for information on suggested itineraries for trekking in and around Camogli: http://it.wikiloc.com/percorsi/outdoor/italia/liguria/camogli.

One very appealing itinerary is that of the small beach in the bay of San Fruttoso, for more expert excusionists, as the trail runs along the steep cliff leading to the harbour of San Rocco.

The feastday of San Fortunato with a procession ,where worshippers carry an effigy of the saint around the town, bonfires and a firework display.

Sagra del Pesce,(Fish Feast) the second Sunday of August, has taken place since 1952. This day is dedicated to fried fish cooked in a gigantic stainless steel frying pan.

The "Stella Maris" is celebrated the first Sunday of August. This feastday is dedicated to the Madonna, a protector of sailors -- la Stella del Mare - (the Star of the Sea) a mosaic found in the church of San Nicolò di Capodimonte, and which dates back to the 15th century. In the evening the inhabitants put lots of small lit candles in the sea.

Camogli is famous above all for its anchovies which are of excellent quality and ideal for pickling in salt.

Apart from the fish products which characterize this village , worth mentioning are the "camogliesi al rhum" , little chocolate rum pastries.

Search and book hotels in Camogli