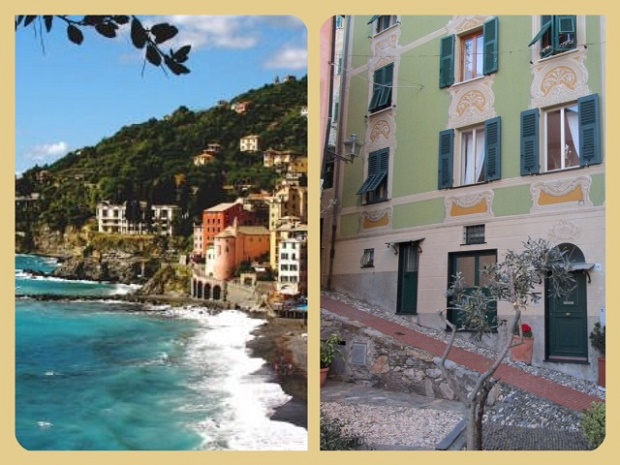 Overlooking the Paradiso Sori Gulf ,this territory, east of Genova, extends into the hinterland along the valley of the stream of the same name. It is a mountainous area with the foothills reaching almost 400mts . Mount Becco (894mts) is mostly terraced land which is typical Genovese.

Sori includes eight hamlets measuring a total of 13.07kms, the Ligurian sea is to the south where the beaches are of sand and gravel.

The vegetation is predominantly mediteranean scrub with vast areas of olive groves as well as chestnut groves, beech woods and oaks. The coast is mostly rocky with cliffs as high as 30 metres. Sori itself is a popular seaside resort.

The principal trails are towards Ageno, Nervi e Traso; visit the following site for detailed information:

Search and book hotels in Sori