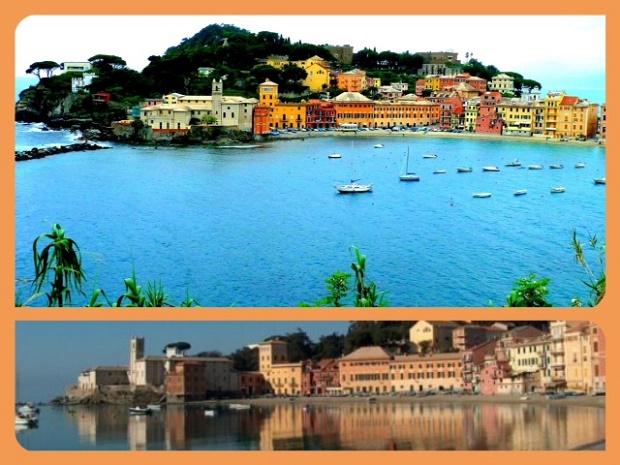 Sestri Levante rises on an alluvial plain of the Gromolo stream just before a rocky cape called “l’isola”(the island). Extending towards the sea it is joined to the mainland by a canal and divides the "Baia delle Favole", (fairy-tale bay) the port whose namesake is dedicated to Han Christian Anderson who once stayed there for a short period.

Between the two bays and the canal is the historic centre while the more modern part is on and along the plain between the sea and the hinterland. The municipality territory is made up of the chief town and 32 villages and hamlets measuring in total 33,62km2.

The Museum of Archeology has been open to the public since 2013, it is located in the Fascie Rossi building in the historic centre.

The mineralogy collection of Villa Tassani holds minerals from the Libiola mines .

There are many large churches built through the centuries like the Basilica di Santa Maria di Nazareth, XVII century or the parish church of Santo Stefano del Ponte , XVIII century.

Sports and Excursions in Sestri Levante:

There are various sports fields and centres like football grounds, tennis courts, volleyball courts; the following link can give you more detailed information:
http://www.onsportcenter.it/sestri-levante/index.html

Here are some suggested trekking itineraries in and around Sestri Levante:
http://it.wikiloc.com/percorsi/outdoor/italia/liguria/sestri-levante