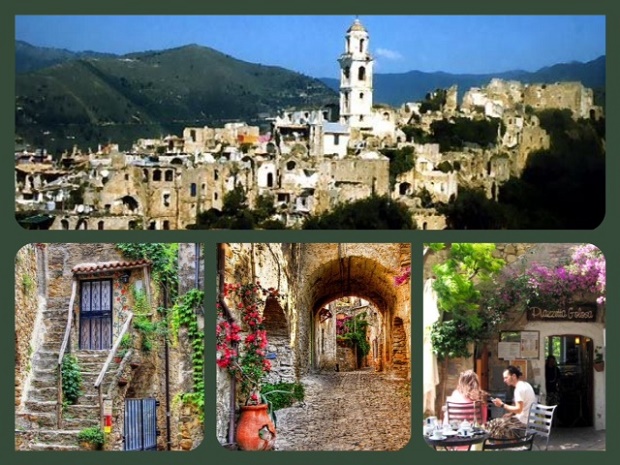 Bussana is a district of the more populated Sanremo, said place name was that of the old town up to 1887 which was then destroyed by an earthquake and consequently abandoned. Following this event the survivors rebuilt their town three kilometres down the valley and called it Bussana Nuova.

Since the fifties the old town has been colonized by artists who have made it a place of inspiration calling it Bussana Vecchia. Eventually its place name became Bussana Mare indicating the coastal area of Bussana Nuova which has since seen great increase both residential and touristic.

The district of Bussana is located at the end of the Armea Valley, a major industrial and productive area of Sanremo. In particular the Flower Market opened in 1988, which hosted the 40th Song Festival of Sanremo in 1990.

Bussana Nuova: - The town of Bussana from 1887 onwards.

Along the sea coastal road at the delta of the Armea stream there are excavations of the Roman Villa of Bussana from 1-11 century AD.

In the area of Bussana Nuova there are many different bike trails to do:

Search and book hotels in Bussana